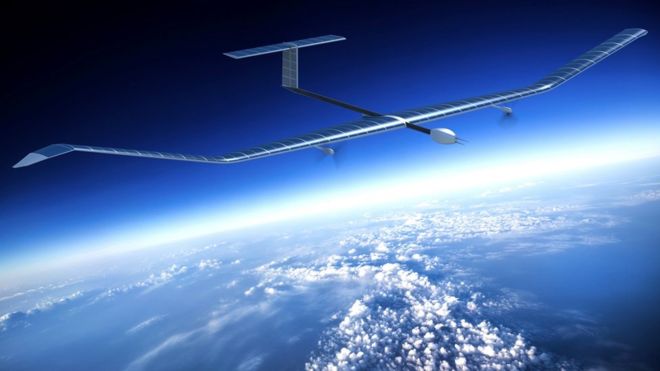 High above Arizona, USA, an aircraft is flying its way into the record books as it closes in on 30 days of nonstop flying. The unmanned Airbus plane, known as the Zephyr S, is being fully powered by the lightweight solar panels mounted to its exterior and onboard battery.

The lightbattery being used in the Zephyr S has the potential for 4 months of flying, but the technology is brand new and 30 days is the current goal. This would break the aircraft’s own incredible 14-day world record. In order to keep the plane flying within the testing area, a number of remote sensor technologies have been incorporated to ‘steer’ the craft. This also opens up future possibilities to use this type of aircraft in more traditional situations such as firefighting and logistics.

The current Zephyr has a maximum payload of just 5kg which means t won’t be transporting people anytime soon but holds amazing potential for communication advances. Surprisingly Facebook is also collaborating with Airbus on the project. The social media giant had also been investing in its own similar project (codenamed Aquila) with hopes to extend internet connectivity using the aircraft but recently shelved the project.