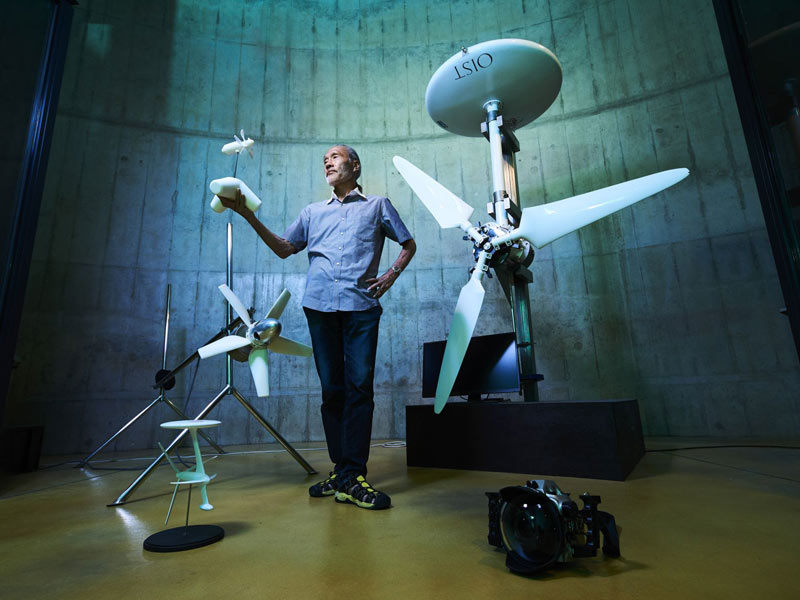 Japanese quantum physicist and avid scuba diver, Tsumoru Shintake, is obsessed with the ocean and its immense power. After working on the island of Okinawa, Shintake was inspired to create a revolutionary propeller-driven turbine that produces clean energy without the risks associated with nuclear power.

“The ocean is big and beautiful,” the 62-year-old scientist said. “We can use its energy.”

After pouring his passion into designs and spending $13,000 (AUD) of his own funds to build a prototype, the inventor failed to attract much interest in his somewhat quirky design. That was until 2015 when Shintake appeared on tv to demonstrate his work and piqued the interest of real estate tycoon, Kohei Yamashita.

Yamashita agreed to an initial investment of approximately $130,000 AUD in the project and through business contacts helped to negotiate the first commercial trial of the special turbines. As of May this year, the Holiday Inn resort on Kandooma island in the Maldives has been using two turbines to completely power one its guest rooms. If all goes well, more turbines will be installed to power a significant proportion of the island’s needs. It’s a small step for what could be a very exciting energy breakthrough.

“If successful, this project will not just be beneficial to our resort but to the Maldives as a whole as it will greatly reduce the consumption and dependency on fossil fuel,” said Holiday Inn general manager Joseph Della Gatta.