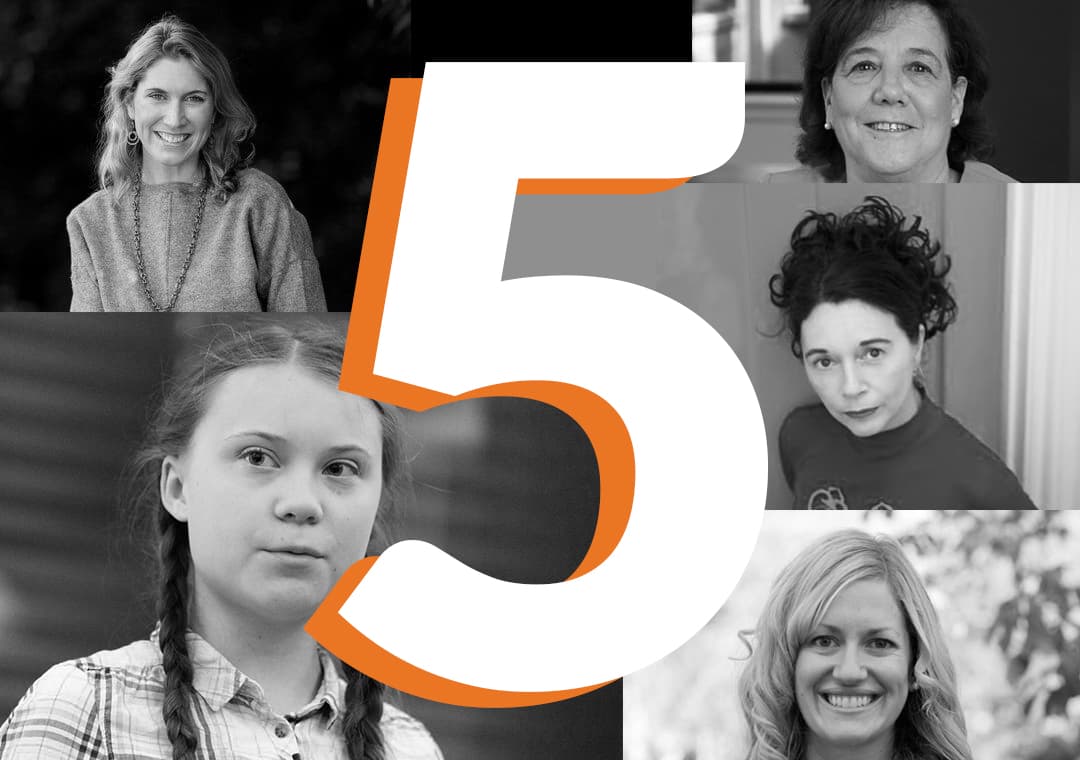 Solar Schools regularly spotlights research and innovations that address climate change but often the people behind these stories remain relatively obscure. Here are five passionate and motivated women working to make the world a better place.

Head of Ceres, a non-profit organization that has been advocating for sustainability leadership for over two decades, long before it was fashionable! Mindy and Ceres have successfully worked with large corporations, investors and non-profits to minimise carbon emissions and environmental impacts.

Mindy has been recognized by the UN as one of the ‘World’s Top Leaders of Change’ and is considered an expert with regular features in news sources including the New York Times, and Wall Street Journal.

The Google product universe is enormous, and Kate advises on projects ranging from web applications to real estate, to working spaces for Google employees. This also includes the fourteen massive, carbon neutral data centers that are critical to the internet as we know it. Other green, in-house projects include air monitoring and electric vehicle infrastructure.

An artist and entrepreneur, Orsola started sustainable fashion label ‘From Somewhere’ way back in 1997. It was one of, if not the first to address the issues of waste and recycling within fashion. Collaborations with major companies such as Jigsaw, Robe Di Kappa, and Speedo solidified Orsola’s profile in the industry.

Following the Rana Plaza tragedy in 2013, Orsola founded Fashion Revolution in memory of those who have died in sweatshop garment factories. The movement has inspired millions of social media users around the world to tag brands and ask “#Who made my clothes?”

IKEA is famous for its flat-packed furniture and maze-like showrooms but does the company care about the planet? Joanna Yarrow is working to ensure Ikea furniture is not only affordable but planet positive. Before joining Ikea in 2013, Joanna founded ‘Beyond Green’ providing advice to organisations looking to become more sustainable. Bringing this experience to IKEA means Joanna is assessing all aspects of the business from how raw materials are sourced to the design and retail facilities.

The company recently added vegan meatballs to its cafeteria menu (tasty!) but more importantly, recently announced it would only use renewable and recycled materials by 2030.

The youngest but probably most recognisable on this list is Greta Thunberg, the student activist from Sweden. After skipping school to protest government inaction on climate change, Greta sparked the international #ClimateStrike movement. Greta’s dedication to the cause and stirring speeches have garnered global media attention and inspired students everywhere.

With a Nobel Peace Prize nomination and the vocal support of world leaders including New Zealand PM Jacinda Ardern and Paris Mayor Anne Hildalgo, Greta has established herself as a climate action figurehead with a bright future.